Puzik cat saved the owner in a fire in a Saratov apartment building, but he almost died – the owner said that in a hurry he did not have time to take him with them. The cat was rescued by the firemen.

The man told the rescuers that he was sleeping, while the TV was working in the apartment – suddenly the cat started biting and scratching his hand and meowing. The man woke up and saw that the TV set was on fire and the apartment was filled with smoke. 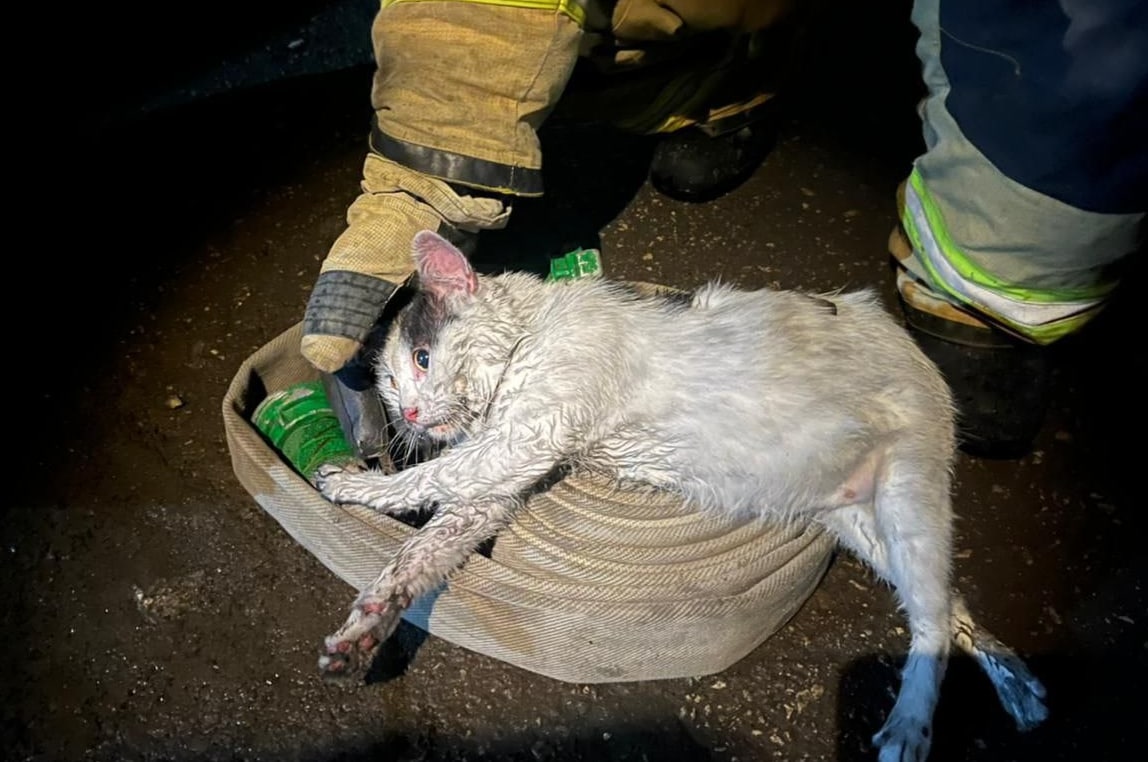 The firemen arrived on the scene and rescued the cat, which had been forgotten in the apartment – it was lying in the corner convulsing.

The cat was taken outside and pumped out with an oxygen cylinder for about 20 minutes. Later the animal was taken to the veterinary clinic. At the moment the pet’s health is not in danger.