Obviously, all dogs are cute and adorable. They are miniature variations of our best buddies.

Are you looking for the cutest and most intelligent dog breeds for your children and family?

The top 10 cutest dog breeds in the world are listed below. 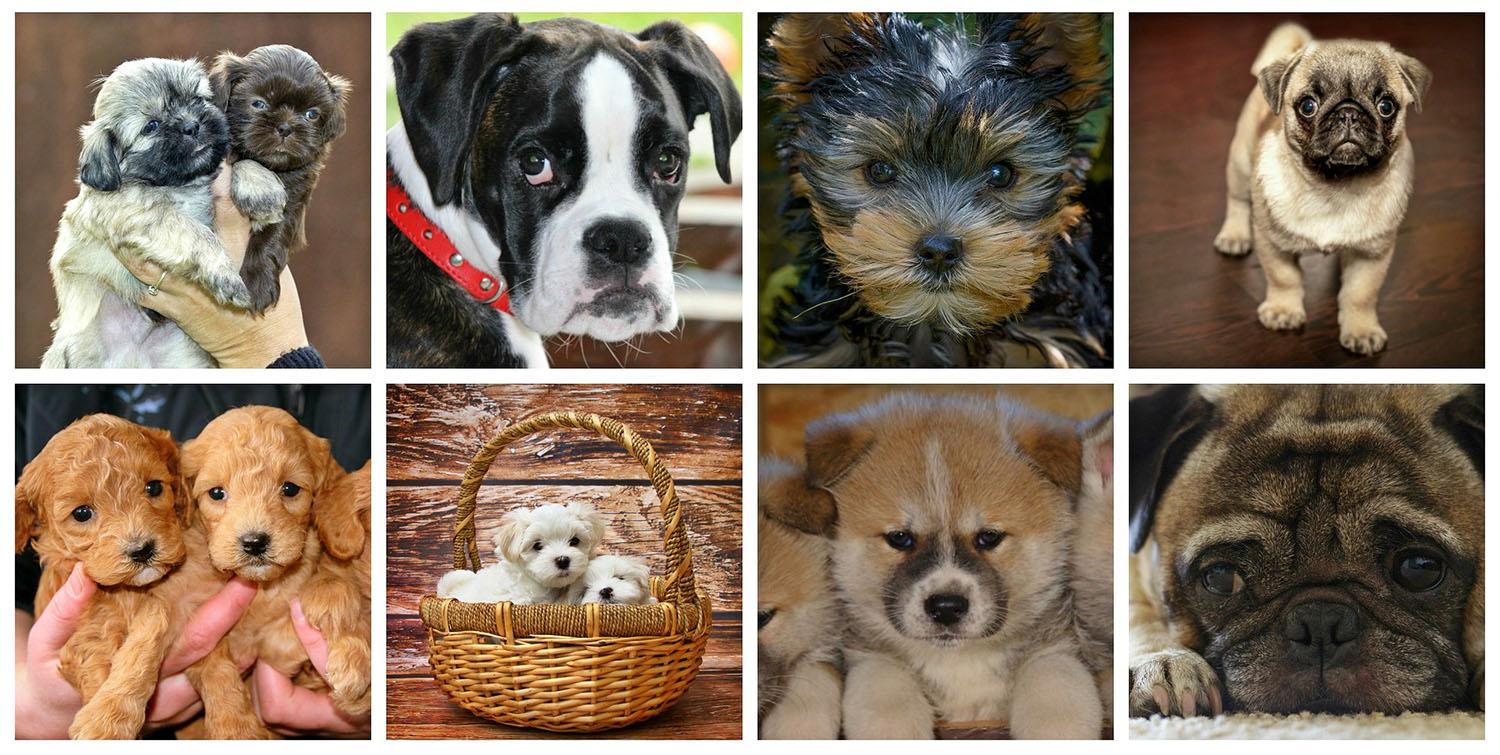 The Pomeranian is a Spitz-type dog breed named after the Pomerania region in central Europe, in north-west Poland and north-east Germany. It is a true “toy” dog. They make excellent watchdogs and cheerful companions since they are easy to train.

Poms can exercise through indoor play and walk quickly, even though they are lively. Although not everyone will enjoy having a Pomeranian as a pet, they can make wonderful companions.

Although a pom isn’t the best pet for a family with young children, the breed often gets along with kids who are older and more laid-back.

The Pomeranian’s crowning glory is his thick, eye-catching, double coat, which is made up of a top coat of long, straight, lustrous hair that is rough to the touch and an undercoat of soft, thick, fluffy hair.

The frill created by the longer hair around the neck and chest highlights Pom’s proud appearance. Another notable trait of the breed is the pom’s tail. The dog’s back is covered in a flat fan of fur from the plumed tail.

It is often known as the Continental Toy Spaniel. This is one of the oldest toy spaniels; it gets its name from the way its long, fringed ears look, which gives them a distinctive butterfly-like appearance. They are fantastic competitors in agility and obedience and are very energetic.

The Papillon is cheerful, attentive, and sociable. He shouldn’t ever be timid or hostile. Notwithstanding, this little canine is decisive and has a moderate to a serious level of movement.

He is highly trainable, extremely intelligent, and best described as a doer rather than a cuddler.

The Papillon has a straight, fine, and silky coat that has no undercoat. A ruffle of hair cascades down his chest. His lovely, butterfly-shaped ears have hair around the outside and silky, medium-length hair inside.

The hind legs are dressed in breeches, which have a fringe of longish hair on the thigh region and are also referred to as culottes, while the backs of the forelegs are covered in feathering.

The Dachshund is a breed of dog that looks like a hound and has short legs. This dog has a variety of colors and coat types, including smooth, wire, and long hair. Dachshunds are an excellent breed for apartment dwellers without a backyard.

People who live in cities like them because of how small they are and how easy it is to keep them clean. They usually enjoy going for walks and being active inside. The Dachshund is a loyal companion who gets along well with children, but its long back makes it vulnerable to disc problems.

Dachshunds make committed companions and competent guard dogs for families. They are good with children when treated well. Dachshund training can be a little difficult.

A little breed of dog of the bichon type is called a bichon frise. The Bichon Frise is a playful yet friendly dog that is regarded as a fantastic all-around pet. With other animals, they get along nicely. They are generally excellent with children.

The Bichon Frise is a breed with an undercoat that is exclusively white. A soft yet substantial texture is produced by the combination of the coarse outer coat and the soft and thick undercoat. The coat protrudes from the torso, creating the illusion of a powder puff.

Bichon Frise has black eyes, white coat, and black nostrils. This breed is prone to separation anxiety and dislikes spending extended amounts of time alone. With other animals and dogs, this breed get along nicely.

The pug is a breed of dog that originated in China. Pug has curled tail and short-muzzled face. They are strong enough to get along with kids and typically get along well with other dogs. They are affectionate and can be very sociable.

All ages and circumstances can benefit from having a pug as a companion. Pugs, with their large, round heads, bright, sparkling eyes, and wrinkled brow, can make a variety of human-like expressions.

The Jack Russell Terrier is a small breed of terrier that was developed in England for fox hunting. The majority of it has a white body that can be any hue and can be smooth, rough, or broken-coated.

Russell terriers are unquestionably adorable, very intelligent, and endlessly friendly. Jack Russell terriers are energetic and active both inside and outside. They require a number of daily walks or enjoyable yard games. They are great company for jogging.

The kind and affectionate Jack Russell Terrier can thrive in a household with older kids who are familiar with how to engage with canines.

Young children should not live in the same house as them. The breed is not strongly advised for a household with young children, other dogs, or pets.

The Golden Retriever is a medium-sized, well-built dog whose name comes from its shiny, glistening golden coat. A distinctive element of the variety is the huge head with its thoughtful and keen eyes, short ears, and straight gag.

The breed has a smooth, powerful gait that covers the ground and a dense, straight, or wavy, outer coat that repels water. It is shorter in height than in length. They are easy to train, make good family dogs and dependents, and are eager to please.

They approach life with a sense of fun and excitement, and they continue to act like puppies into adulthood. Playing outside is a favorite pastime for these vigorous gundogs.

The Yorkshire Terrier is among the smallest dog breeds overall and among those of the terrier type. In Yorkshire, England, during the 19th century, the breed evolved. It is good to have a Yorkshire Terrier.

Although they are friendly and playful, they can also be sensitive, which makes them unsuitable for households with small children. They do, however, make wonderful family pets for homes with older kids and adore playing in the middle of the family.

Yorkshire terriers are typically not advised for homes with toddlers or young children because of their small size, delicate structure, and terrier disposition. Yorkshire terriers mistakenly believe they are large dogs and will attempt to start a fight if given the chance.

A toy dog breed with Tibetan roots, the Shih Tzu was developed by crossing the Pekingese and the Lhasa Apso. Shih Tzus are distinguished by their long coats, floppy ears, short and stout postures, huge round eyes, and small snouts.

Shih Tzu makes friendly, vivacious pets. They generally enjoy interacting with people of all ages and animals, and they don’t like to be alone. To prevent any uneasiness, Shih Tzu should be socialized early on; otherwise, they may bark or dig.

They are an excellent pet if you live in an apartment or lack a large backyard because they are little dog that was bred to spend the majority of their day within royal palaces.

The Japanese Chin, commonly referred to as the Japanese Spaniel, is a canine breed distinguished by ocular strabismus. A rather uncommon toy breed with a clearly noble and historical heritage is the Japanese chin, sometimes known as a Japanese spaniel.

This dog, who frequently follows her owner, is kind and eager to please. This dog is friendly to everyone, including other dogs and other animals. This dog makes a fantastic playmate for kids who are also gentle because of its tenderness and playfulness.