A man, making an offer to a girl, dropped a wedding ring worth 1,200 dollars into the lake

Animals
A man, making an offer to a girl, dropped a wedding ring worth 1,200 dollars into the lake

It all started well: the man organized a romantic evening outside the city for his girlfriend, took out a case with a ring and was going to get down on his knees to say his vows, Ukr.Media informs. 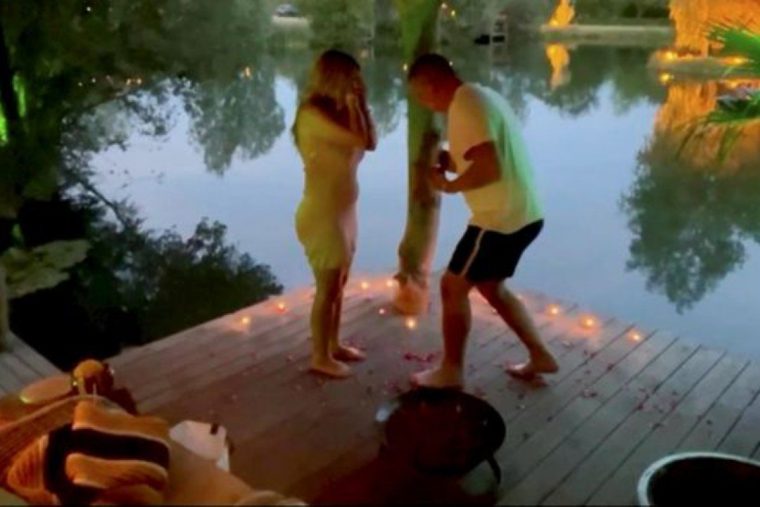 The jewelry was not cheap – made of gold and with a diamond, it cost the man 1,000 pounds (the case was in Great Britain), which is more than 35 thousand hryvnias. But not even the price, but the very unpleasantness of the situation saddened the lovers. It was such a long-awaited and touching moment for the two of them.

26-year-old Ross Bamber and 23-year-old Geri Ashforth first met five years ago: young psychologists worked in the same boarding house for the elderly. Over time, the relationship turned from friendly to romantic, and about a year ago, the young man confessed his feelings and serious intentions, but did not make an offer yet.

And on a warm June evening, everything was ready for a solemn engagement in the best traditions of Hollywood movies and books about love. But everything was ruined by one awkward movement.

“I didn’t have time to understand anything myself. I took the box out of my pocket, started to open it, when the ring slipped out and, bouncing several times on the wooden floor, fell through the crack,” Ross recalls.

The girl just said: “Tell me it’s not what I thought.»

And closed her eyes with her hands. But her future husband quickly recovered from the unexpected turn of events and began to correct the situation, improvising on the go and without purchased jewelry. He got down on his knees, as he had planned, proposed and heard words of agreement in response.

And since the couple was going to record this evening for the future family chronicle, the awkward moment of losing the ring was also recorded on camera. The lovers posted a video on TikTok and received an unprecedented response – more than 4 million views.

The next day, Ross and Jeri bought another ring and then returned to the lake to propose after all. And the man still hopes to retrieve the sunken jewelry from the bottom. Especially since the owner of the lake promised to help with the search.

“Imagine how you will catch him with a fishing rod and then tell this story to your grandchildren,” users now joke, encouraging Ross and Jeri.