A man saved the lives of three kittens, because he liked hot coffee

Animals
A man saved the lives of three kittens, because he liked hot coffee

Canadian Kendal Divish loves coffee. He begins his historic morning with an event, picking him up at a gas station and only after that going to work, fatefully what he considers a journey. His way to work really is like a journey, because Kendal is an oilman and every time he goes to his shift, he shortens the distance. 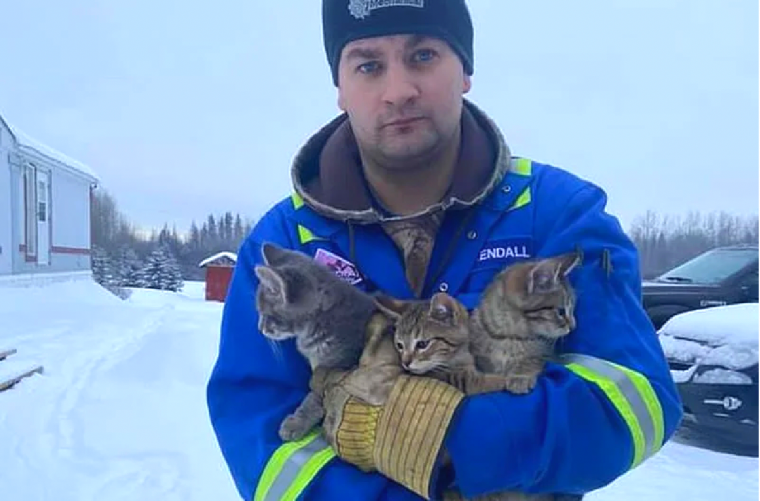 In winter, when it was very cold outside, Kendal, as usual, bought coffee and went to work. The road was almost deserted, so the dark spots on the snow-covered roadside caught the man’s attention. Kendal stopped the car and got out to take a closer look at his unexpected find. On the side of the road, he saw kittens that had already begun to freeze into the snow. 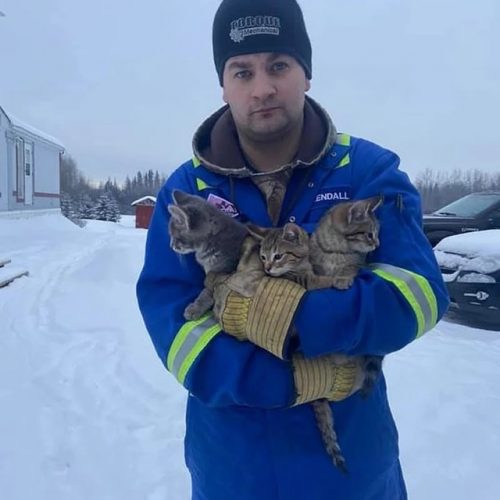 After making sure that the kids were alive, the man tried to take them into his car, but could not lift them, because their wool had already frozen into the ice. The coffee bought a couple of minutes ago came to the rescue. The drink was still hot, so it melted the ice without difficulty. Kendal took the kids off the road and moved them to a warm car.

The man understood that he needed to take care of the animals, so he informed his boss that he would not be able to come to work. At home, Kendal warmed and fed the kittens, washed them and treated them for parasites. At first, the kittens lived with Kendal, but he could not take care of them all the time, because because of work he was often away from home for many days. 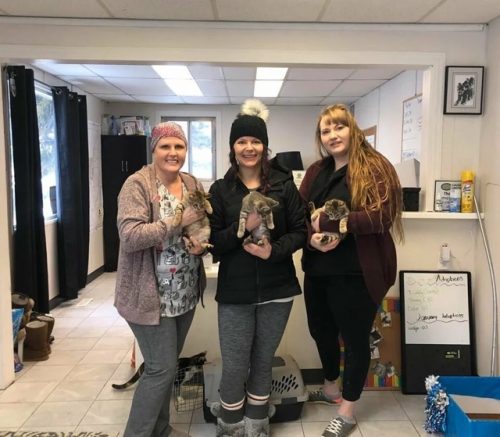 The man began to urgently look for new owners for the animals and very soon found a family that wanted to take all three, deciding that after everything that the kids had experienced, they should not be separated.