British woman marries cat to get around landlord’s restrictions

The cat himself is in shock😂

Deborah Hodge of London recently married her cat, Indy, to get around a landlord’s ban on bringing animals into her apartment. 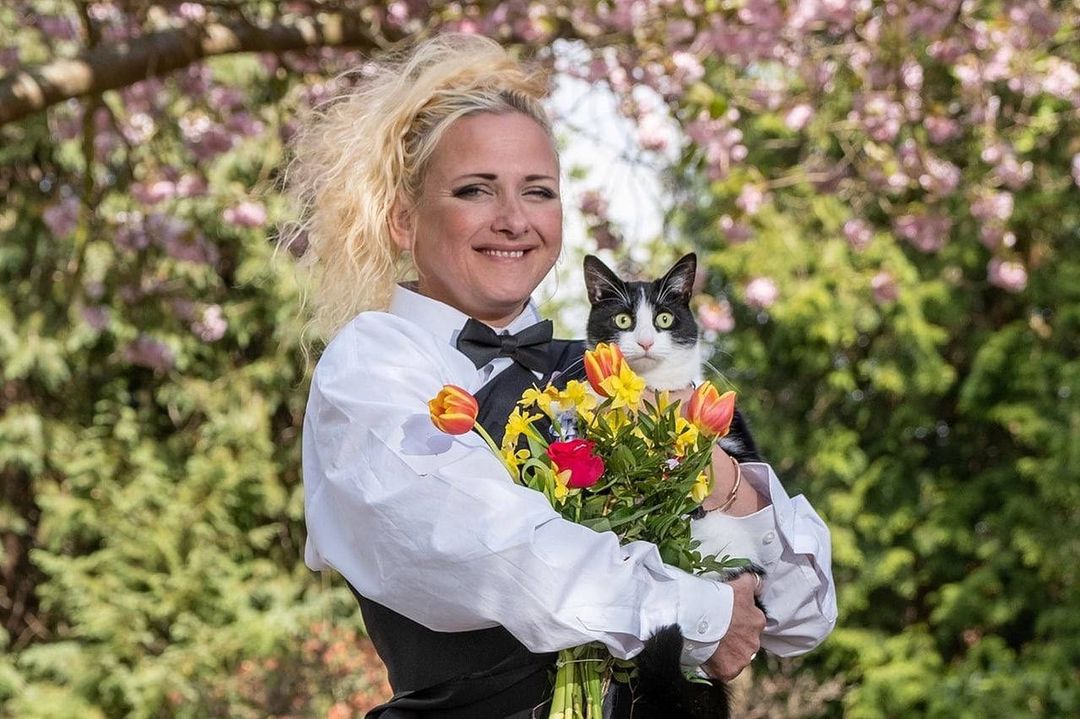 Fed up with parting with her pets due to landlord demands, the 49-year-old London resident finally came up with her cunning plan against it. The single mom of two (people) is now hoping her show of commitment will prove to property owners that Indy is more than just an animal. “The cat is basically the most important part of my life after my children,” Deborah explained. “By marrying Indy, I want all future homeowners to know that we are one and cannot be separated under any circumstances, as he is just as important to me as the children,” explained the “cat wife.” The couple wore tuxedo-style suits at the home ceremony, which took place in a park in southeast London, because Indy, the tuxedoed cat, already had one.

“I had nothing to lose and I could have everything, so I married my cat!” – Hodge said. “I refuse to part with him. I’d rather live on the street than without him.”

During a previous lease, Deborah was forced to give up her two huskies, Siri and Starshine, under threat of eviction. Five years ago, she moved into her current place, where she had to give up her cat, Jamal. “It absolutely broke my heart,” Deborah said of the separation. “Your pets become part of your family, and saying goodbye to them was just awful.” Later, Hodge begged her landlord for permission to get another cat. That’s how Indy came into her life in 2017. In 2020, the cat tragically lost his leg after being hit by a car, and now relies even more on Deborah. But the family is again facing eviction as Hodge struggles to make rent payments after she unexpectedly lost her job on March 17. “I’m down to my last pence,” she said. “I’m afraid of losing Indy. I can barely leave the house worrying about what the future holds, and I’m just desperate not to lose my cat.” Fearing for the future, the couple got married beforehand so they could stay together regardless of the terms of the lease. “I don’t want to lose another beloved pet. I swore that in sickness and in health only death would separate us, and that’s what I meant,” she said. Many of her two-legged loved ones think she is a lunatic, but, she was convinced, it was the only way she could show that she was “very serious” about keeping Indy. Even her own children took the news that their mother was marrying a cat without any warmth. “They just think Mom is totally nuts!”

No matter what happens, Hodge doesn’t want to give up the one thing she believes in: love. “I don’t believe in organized religion, but I do have faith,” she stated. “Indy always came back, even when he lost his leg. I’m his universe, and that’s why I married him.”