A chimpanzee named Mama lived in the Amsterdam Zoo for half a century. She was 69 years old when she felt her end was near. The monkey began to refuse food. She simply lay curled up in a corner of the enclosure.

Professor Jan Van Hoff is a zoologist. Back in 1972, then still a novice scientist, Jan worked with monkeys in the zoo. He was just raising Mama. 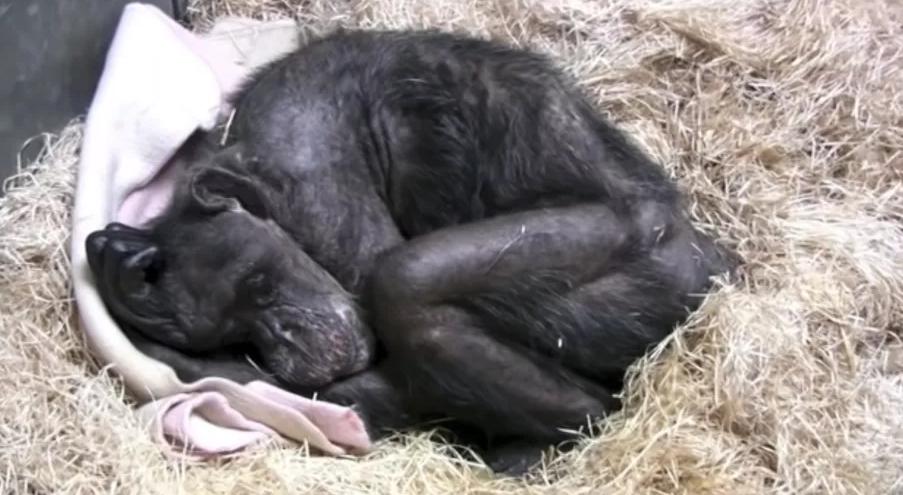 It had been almost 50 years since they had last met. Van Hoff, learning of Mama’s condition, decided to say goodbye to his old friend.

When he entered the enclosure, at first the chimpanzee did not recognize the man. But then Mama realized who was in front of her. The monkey lit up with happiness. Mama was genuinely happy to meet Van Hoff. She smiled, stroked his face, and hugged her friend. The elderly zoologist was touched by such a meeting.
A week later the chimpanzee was gone. The staff said that she left in her sleep. Quietly and peacefully. Without anguish.

They recall that Mama was an amazing animal. In her pack she enjoyed tremendous authority. She was able to resolve any conflicts within the chimpanzee collective.

“All the staff at the zoo will miss her,” confessed biochemist scientist Frans de Waal. He said that he had rarely met such remarkable personalities in his life, both among animals and humans.