At the very beginning of his life’s journey, Riddick the dog had to face human treachery. And in a very cruel form. About six years ago he was thrown by his owners from a car that was rushing along the highway. This way they wanted to get rid of an unwanted pet once and for all. But Riddick was lucky to survive. Passers-by found him, crippled and bleeding, on the side of the road. They weren’t too lazy to bring the mutilated animal to the nearest shelter. The dog was in such a serious condition that many specialists were brought in to perform several surgeries and choose further treatment.

Riddick got lucky here, too. They were able to put him on his feet. All that remained was to cure his soul and learn to trust people again. When the dog had fully recovered, they began to look for new owners. The doggy appealed to a young family who had recently had a baby boy, named Dawson. The couple already had a pet – a four-legged friend Cambria.

So slowly Riddick’s heart thawed and he began to get used to people. Most of all the dog loved the little boy and became his first babysitter, and then his best friend. Even when the baby began to cry, it was Riddick who rushed to him first, and only then his mother came running. 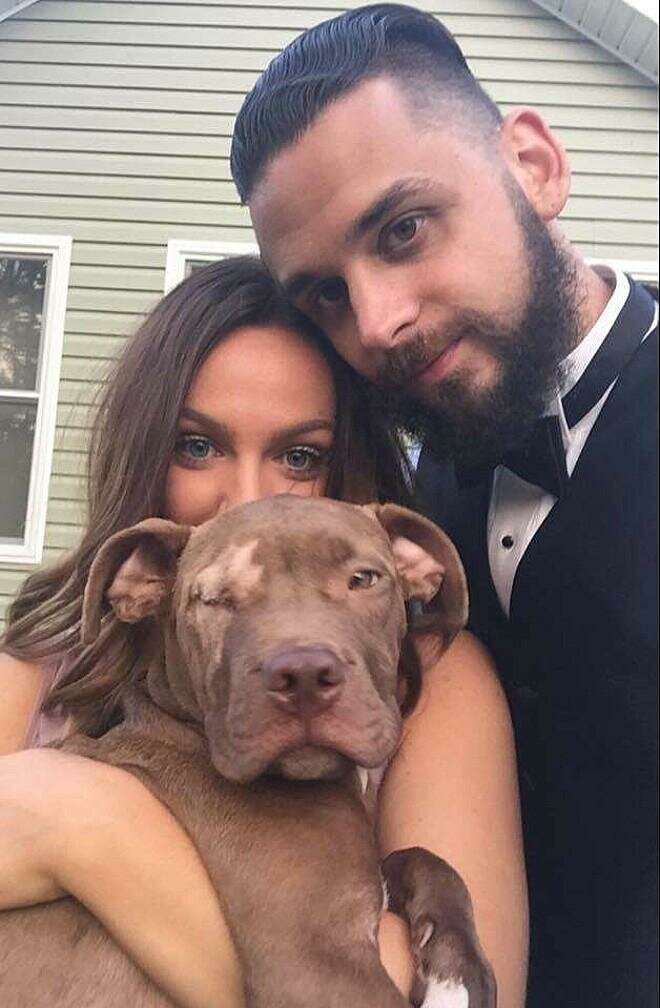 As Dawson grew older, he was always near his four-legged companion. They slept in each other’s arms, played and fooled around. The dog easily tolerated all the “bullying” of the baby.

And once the boy got very sick with a severe form of the flu. He was lying in a fever, and even drugs can not cope with a high fever. The baby was constantly crying and could not sleep well. The parents did not know how to help their son.

And then, on one of the sleepless nights to come, the boy’s room suddenly became quiet. The parents were frightened out of their wits. When they opened the door, they saw the baby sleeping carefree next to his shaggy friend. Mom touched the forehead of the baby, it was not as hot as before. So for the first time in days, the boy fell asleep peacefully. Riddick turned out to be a wonderful healer who was able, by some miracle, to bring the boy’s temperature down.

Until Dawson was fully recovered, the dog was always by his side. That’s how Riddick thanked his new owners, who believed in him and welcomed him into their family.