A cute cat named Wilbur was adopted by a young couple. But they had no idea how amazing he would turn out to be. After a while, they discovered that Wilbur sat just like a human. 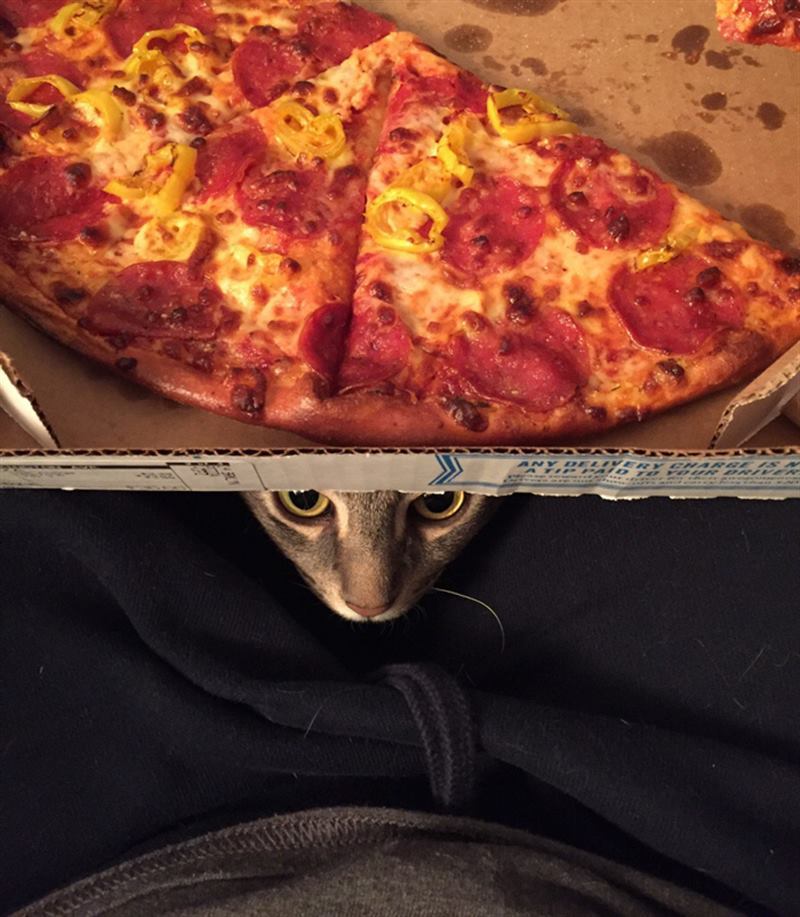 Here’s how it happened. One day the future owner of the unusual cat, a guy named Grant, saw an ad on the Internet with a picture of Wilbur. This ad was published by a man who found the cat on the street and wondered if anyone had lost such a wonderful cat. Grand, we can say in jest, said to the author of the ad, that if he could not find the owner within a couple of days, he would be happy to take him to his place. And that’s exactly what happened! 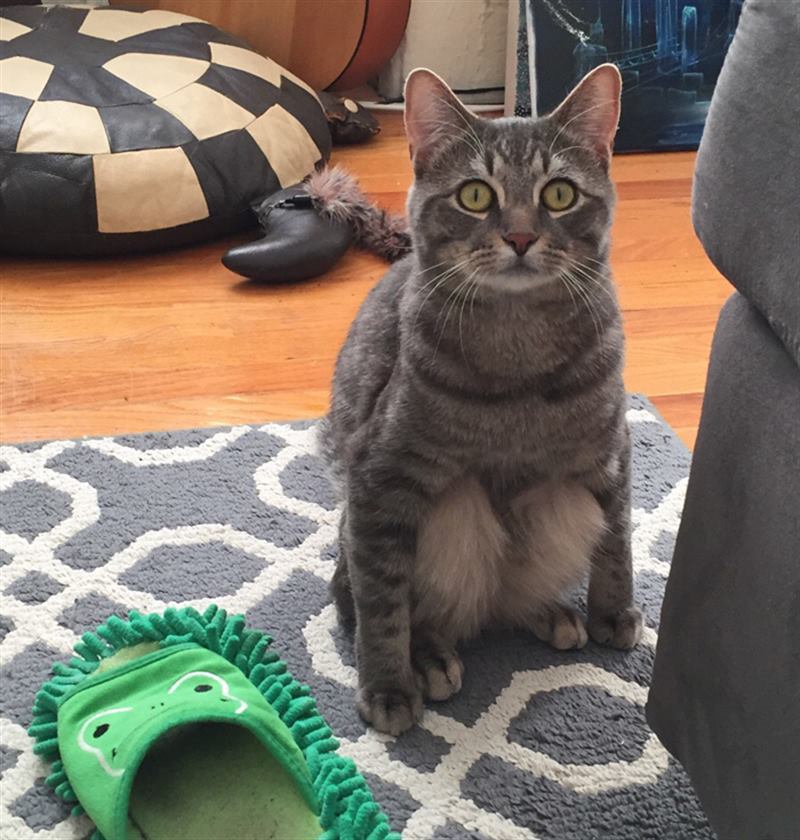 Soon Grant and his girlfriend Sarah began to notice that Wilbur was sitting like a human. They decided there was something wrong with him and either his hind legs were too short or his body was too long. Grant began to find out and read online that this happens and cats often do this with perfectly normal proportions. 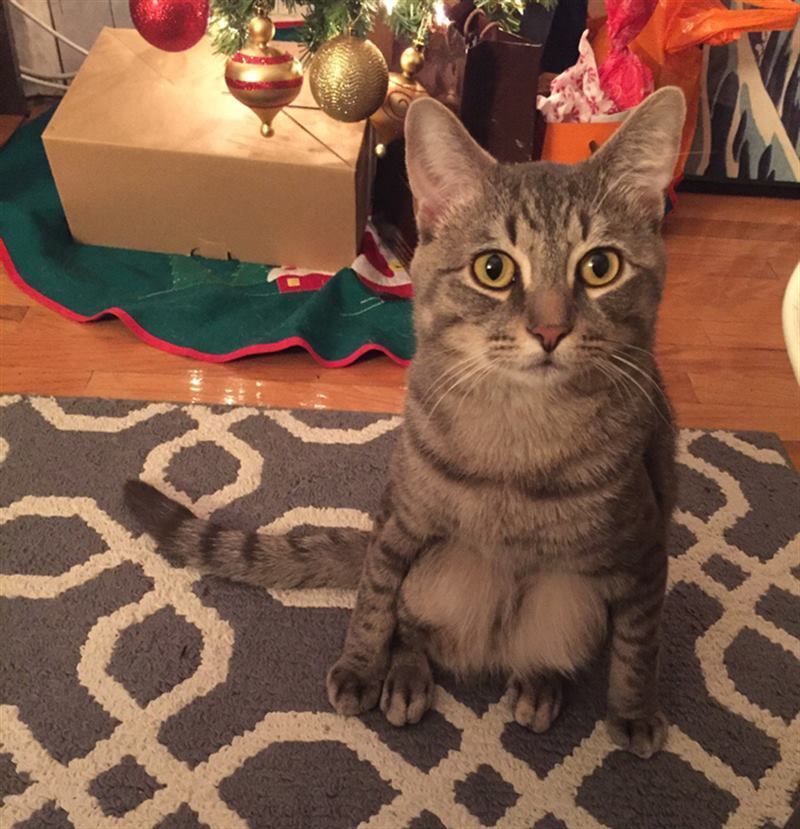 Anyway, the owners adore their cat, and will not part with him, no matter what problems he has. 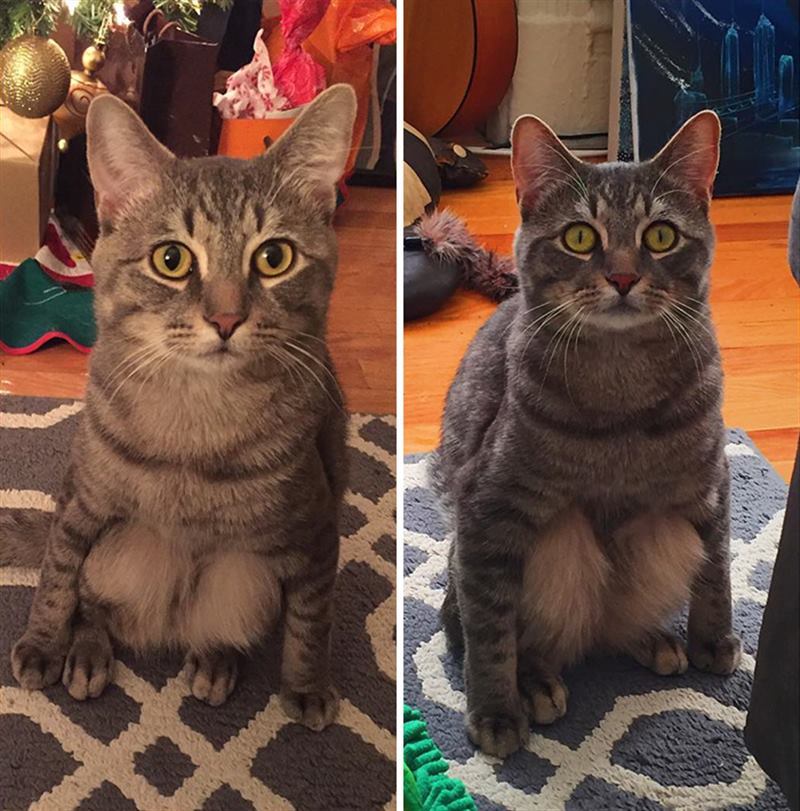 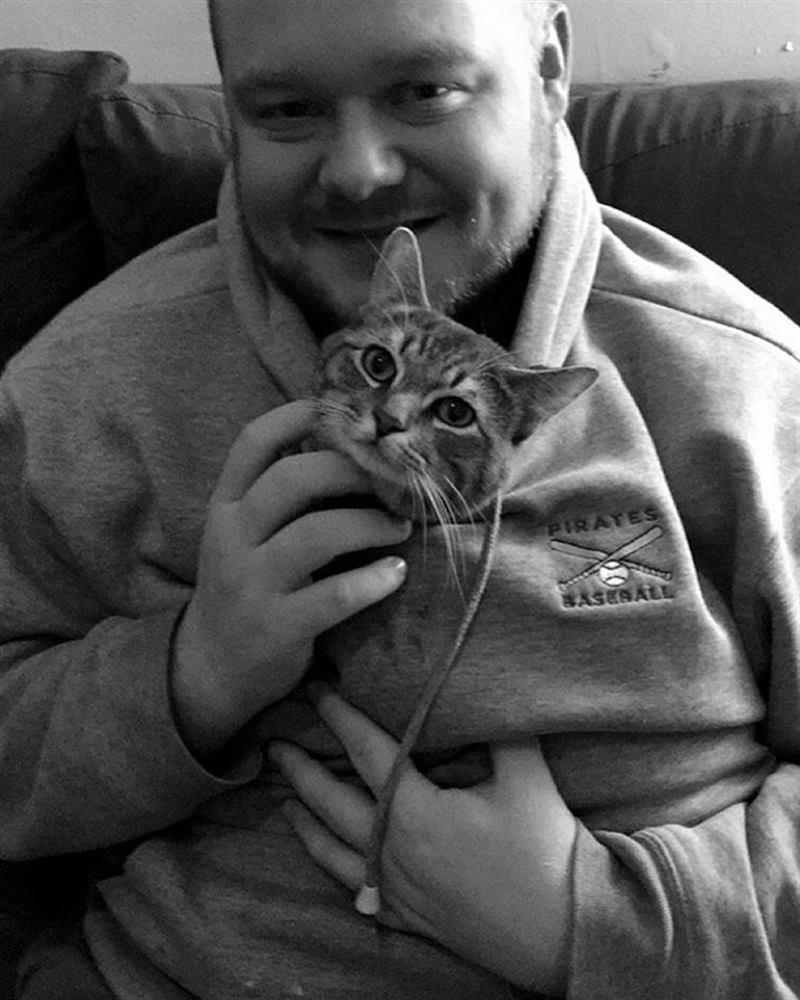