Ukrainian cat Stepan continues to collect blogger awards for his collection. The day before, fluffy Influencer won the World Influencers and Bloggers Awards 2022, for which he was nominated in April of this year.

The awards ceremony was held in Cannes, at the five-star Hotel Martinez, and brought together representatives of various organizations, bloggers and Influencers from around the world. The average cost of a ticket to the gala was 1,000 euros.
Stepan the cat appeared at the award accompanied by famous TikTok-blogger Khaby Lame. The fluffy Ukrainian shared photos from the event on Instagram.

As reported by the organizers of the World Influencers and Bloggers Awards, during the awards ceremony funds were raised to help children who suffered during the wаr in Ukraine. 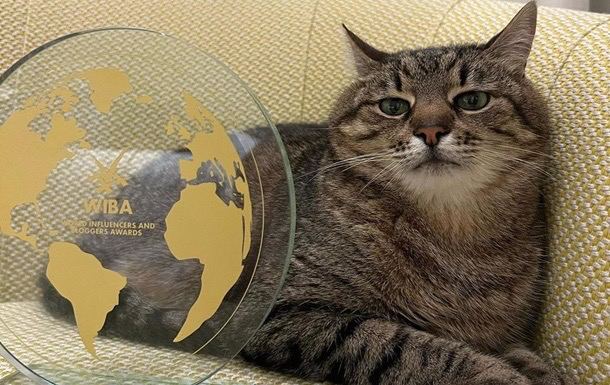 Also, as we reported earlier, Stepan the cat and his mistress are engaged in volunteer work abroad – the furry blogger helps to raise funds to help his four-legged brethren from Ukraine.